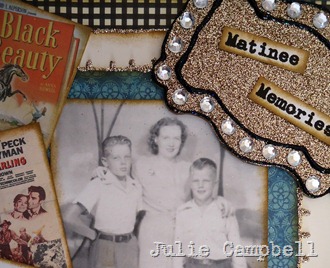 Just a simple story today…sometimes those are the best, I think…

Just one journal from the life of my grandmother LaPriel.  That’s all I have.  One year of her life faithfully documented in a little notebook…1946.  One year and a smattering more from other years.  That’s all. 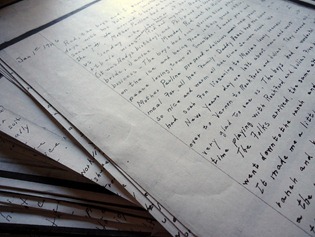 My dear Auntie let me copy it one summer—I’m so grateful for that.

LaPriel passed away when I was only three.  I have tidbits of memories…little girl memories of a warm and beautiful grandma I knew loved me very much… 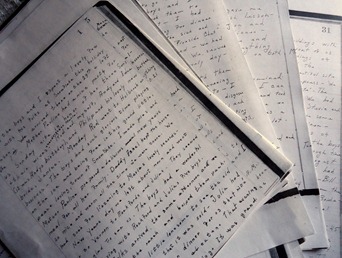 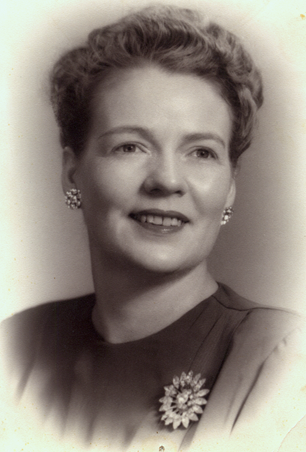 As I read it through the first time, one simple line really jumped out at me—and stuck with me…and that’s what this little story is about. 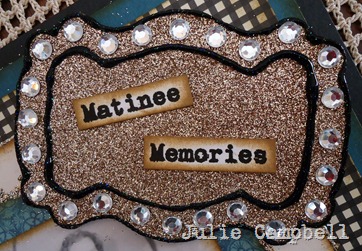 {I had so much fun making this “marquee”!  LOTS of platinum glitter, crystal rhinestones for the lights & black Stickles to outline it all…}

LaPriel LOVED the movies!  The family never had lots of spare money to burn, but movies were fairly inexpensive in those days—a matinee, even more so.  She loved to take the bus into town on days when she had a little time and see the latest offerings from Hollywood… 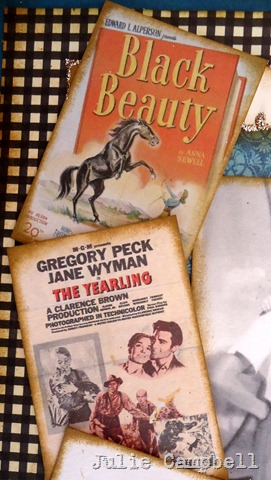 {not too hard to color your stories…I easily found playbills from the main films of 1946, some of which LaPriel even mentioned seeing…}

There were quite a few big releases in 1946, and she mentions quite a few of them.  She would often go alone, or sometimes with her sister…but her favorite times were when she could go with her two boys… 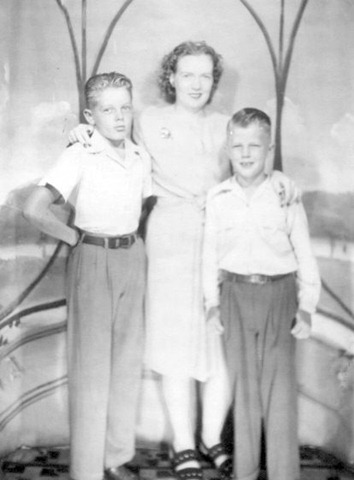 {this photo was taken right about 1946…Grant on the left, mamma LaPriel, and my sweet dad, Clayn}

On January 12th, 1946, she writes that the “boys bathed, I tidied up a little, then we all dressed up and went up town to a show…the boys just insist that I go to the shows with them—I hope they always will…”

That’s it.  The little phrase that has stuck with me…”I hope they always will.” 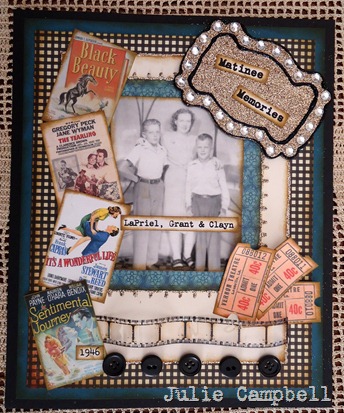 {a new page for my heritage story book…alongside the page, I’ll write this little story…just another illustration to help tell the story of a wonderful life…}

Such a little thing, but what a blessing to have children that WANT to spend time with you.  I’ve been blessed with that, too…just like my Grandma. 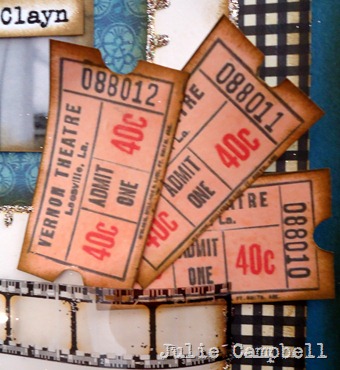 So,  I’m taking a page from my Grandma’s book today…a little time spent with my girls.  Stepping away from their school work and my busy work at home for a few hours…a trip to a matinee “up” town… 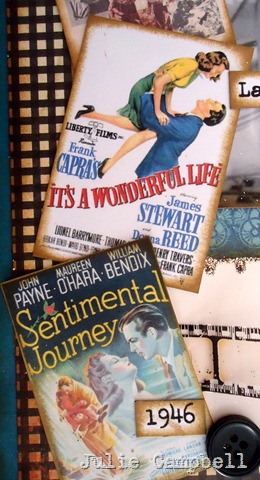 They’re really looking forward to going with me today…

I hope they always will. 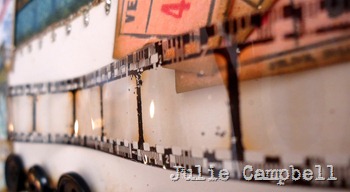 {I LOVE this vintage filmstrip “ribbon” from the Tim Holtz collection—couldn’t have chosen a better border!} 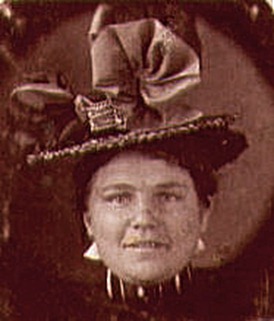 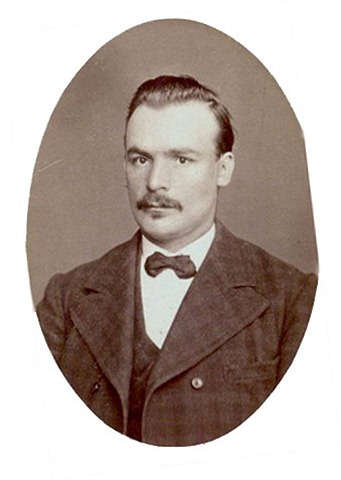 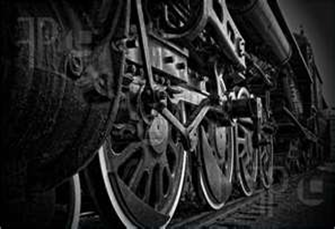 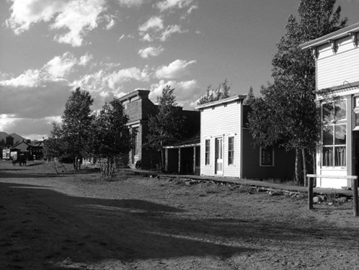 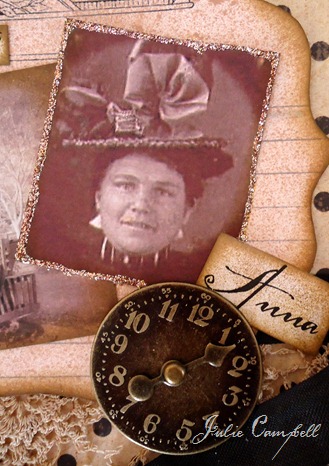 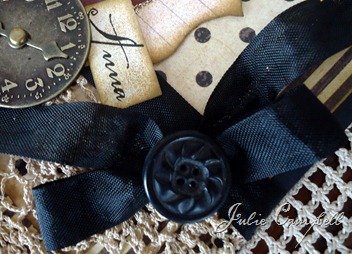 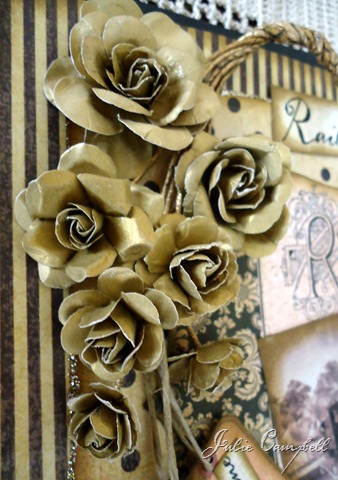 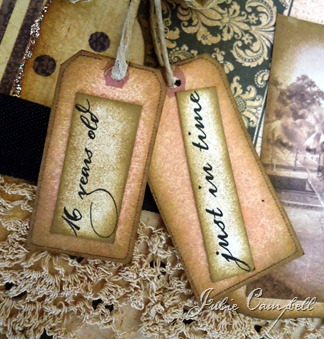 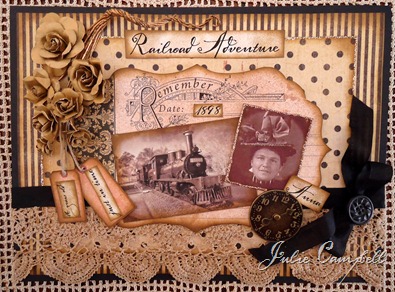 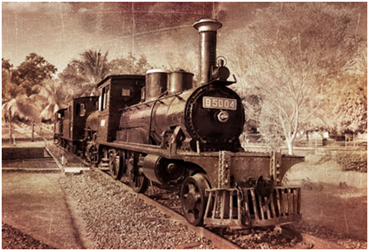 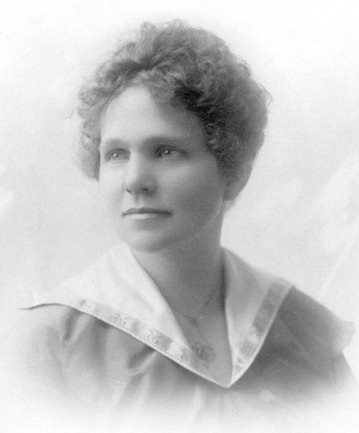