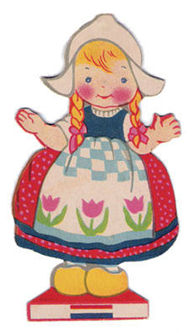 The beautiful, young Dutch girl fell in love.—deeply in love. The object of her affection was the village miller…he was handsome, he was generous, and he was poor.  He most likely had no money to speak of as he had the habit of giving anything he had to anyone he found in need…and the young girl loved this about him.

But she was the daughter of a very wealthy man…a man who looked down on the miller and those like him.  Someone like that would never be good enough for his daughter. 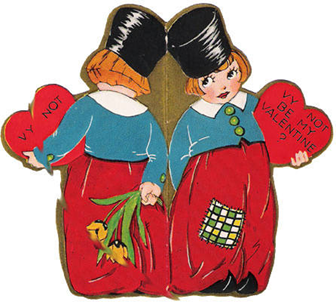 When the miller asked her  father for his daughter’s hand in marriage, the wealthy man flew into a rage—he forbade the young man  from ever even looking at his daughter again.  He had other plans in mind for her…a wealthy landowner who was very willing to marry the young girl.

She wept, she plead, but nothing could change her father’s mind.  If she were to go against his will, she would be forever disowned by him.  “If you go to nothing, he said, “you go with nothing.” 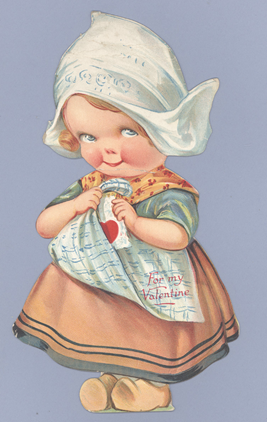 The townspeople, who all loved the miller for his kind heart and generosity, took pity on the pair.  Although none of the villagers were very wealthy themselves, they all had something to give the young couple who were determined to be together.

A procession of caring souls formed from the village to the mill—each one bringing gifts and good wishes to the pair.  The miller could scarcely believe his eyes, but the girl looked lovingly into those eyes and said, “He who gives everything will never be without.” 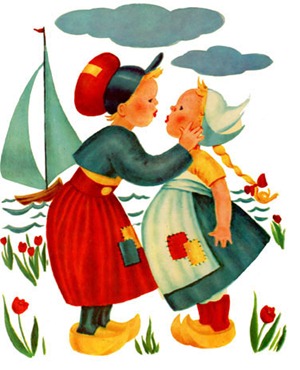 When the procession was over, the couple was amazed at the pile of gifts so generously given…thanks were offered to all, and a joyous celebration began.

The girls’ father, hearing all the noise coming from the village, went to see what all the fuss was about.  When he saw what the villagers had done, his icy heart melted…he felt so ashamed for all he had said and done.

Embracing his daughter, he gave permission to marry this man so obviously highly esteemed by all.  And to thank the village, a marriage feast, to which all were invited. 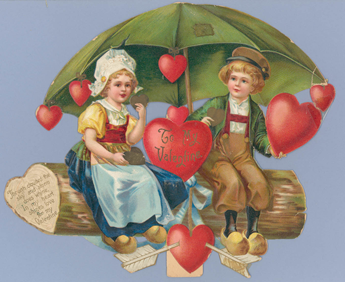 And the bride and groom lived happily ever after.

I love this sweet story—I’d never heard it before this week.  It is, supposedly, the over-400-year-old origin of our modern-day bridal showers…a time for friends and family to gather to bring gifts to the bride-t0-be, wish her well, and get her started off in her new life in style! 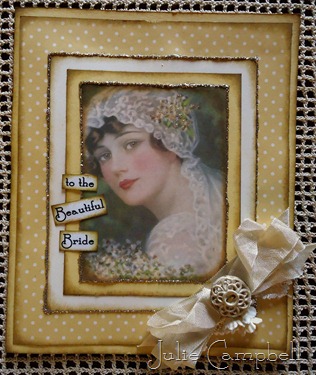 {a little card made today for the bride-to-be…a lovely vintage image found on Pinterest…my favorite haunt!}

I was invited to one this weekend…a girl I’ve known since she was just 12 years old…now a lovely young woman who’s chosen a lovely young man.  Neither are wealthy, but both are kind and caring…

…and I really do think they will live happily ever after.

{This is my adaptation of the lovely bridal shower legend, which can be found in various  forms and various places…here are a few…Version One, Version Two, Version Three}