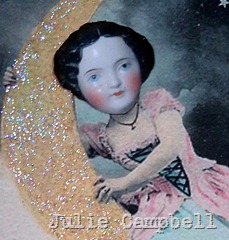 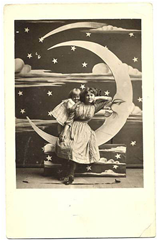 There’s just something so quirky and charming about these turn-of-the-century photos…most taken in arcades, boardwalks, seaside resorts, carnivals, county fairs… 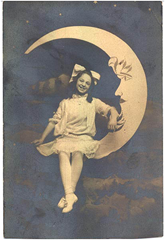 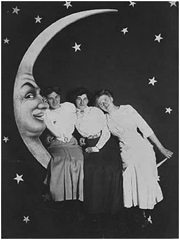 …single photos or group shots with friends…these photographs were just for fun!

It was a quick, much less formal, and MUCH less expensive alternative to the customary Victorian studio photographs…

Why the moon setting, you ask?  Some wonder if it was a result of the popularity of Jules Verne’s novel “From the Earth to the Moon”…who knows for sure.  All I know is that I LOVE these moony prints! 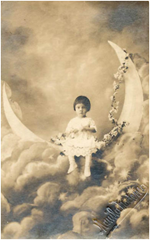 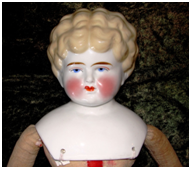 …combine the two, and voila’! 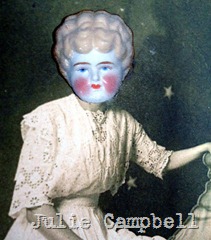 I saw this idea somewhere a while ago…can’t remember where (sorry!), but here’s my take on the combination of two of my loves… 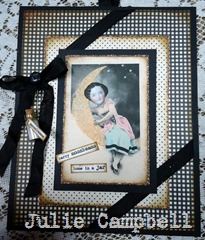 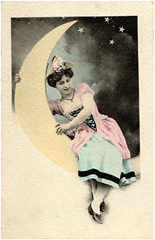 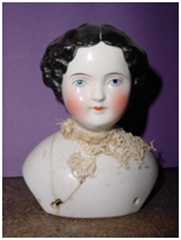 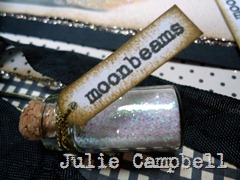 …which led to moonbeams in a jar, of course! 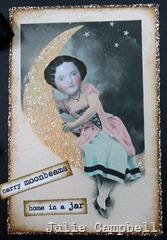 My second lady in the moon was just as fun… 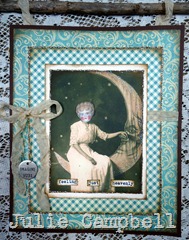 …I added one of those fabulous Tim Holtz tags here…imagine! 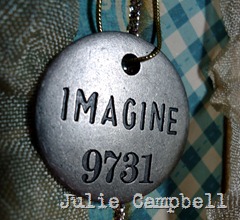 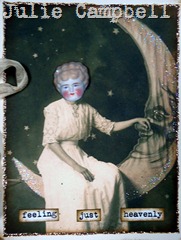 …I think she really is…

Before I leave you, I thought I’d share with you the words to an old song I found on the subject… 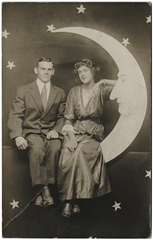 IT’S ONLY A PAPER MOON

The world's a temporary parking place
A bubble for a minute
You smile, the bubble has a rainbow in it.

Say, it's only a paper moon
Sailing over a cardboard sea
But it wouldn't be make-believe
If you believed in me. 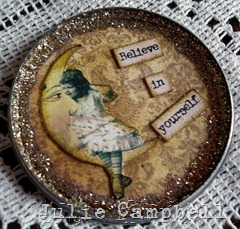 {image by Crafty Secrets…a pocket watch piece I made recently…}

Yes, it's only a canvas sky
Hanging over a muslin tree
But it wouldn't be make-believe
If you believed in me.

It's a Barnum and Bailey world
Just as phoney as it can be
But it wouldn't be make-believe
If you believed in me. 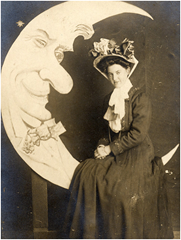